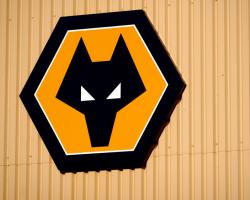 The Sky Bet Championship club were purchased by Chinese group Fosun International in a ÃÂ ÃÂ£45million deal in July and are keen to build the Wolves brand in China.

And now Wolves say they have signed a deal with Chinese broadcaster Letv Sports for games to be shown on a pay-per-view basis to potentially millions of Chinese viewers.

The deal echoes that of the one agreed by Cardiff owner Vincent Tan to beam back Football League matches to south-east Asia in 2012.

The English Football League were unavailable for comment on Friday when contacted by Press Association Sport about Wolves' TV initiative.

But it was reported at the time of Cardiff's agreement that the Bluebirds would make no direct financial benefit from their Far East deal.

It was said that any extra revenue would be divided among the Football League clubs due to the current collective bargaining agreement where all clubs receive a split of a central cash pot.

As part of the package, Wolves say they will have a dedicated page on Letv Sports's platform with game highlights and other club information.

It will also include a feed from Wolves' Weibo page, which has been created as part of the club's first step into the Chinese market.

"It marks an important first step in the club's long-term strategy of building the Wolves brand in China.

"Millions of Chinese citizens will be introduced to Wolves for the first time, and through the assistance of colleagues from Fosun we're in a great position to capitalise on this interest through the creation of the club's first Weibo page.

"The outline details of this TV deal were first shared by Jeff Shi (club director) at our last Fans Parliament, along with early plans for Wolves to potentially be involved in a pre-season tournament in China."

Among the Wolves games to be shown in China, the club say, are Saturday's away game at Aston Villa and the trip to Blackburn on October 29.

The home match with Derby on November 5 is also planned to be broadcast, say Wolves.