​€50m price tag on wantaway midfielder Amadou Diawara, amid reported interest from Premier League duo Tottenham and Wolves, with the Serie A club open to a January sale.

According to reports in Italy (via ​CalcioMercato), both Tottenham Hotspur and Wolverhampton Wanderers have previously submitted official offers that were rejected by Napoli. However, club president Aurelio De Laurentiis is now prepared to sanction a €50m exit for the player in January, following concerns over game time. 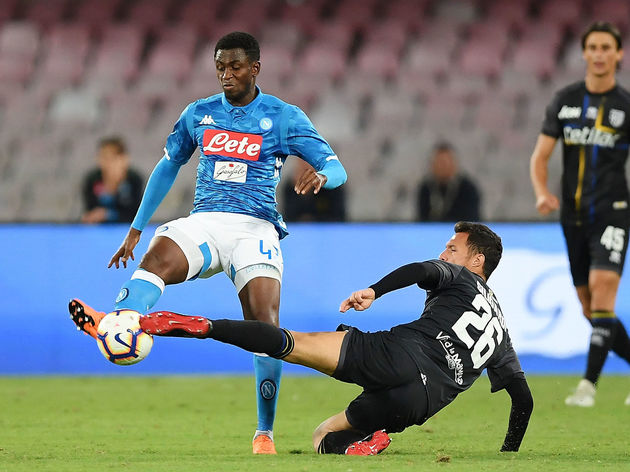 Following a move from Bologna for ​around £15m in August 2016, Diawara has made 18 league appearances in each of his last two seasons, but the highly rated Guinea international has started just four of 12 Serie A games this season under Carlo Ancelotti and has grown increasingly frustrated at his lack of action.

With 21-year-old Diawara seemingly out of favour in Naples, Spurs and Wolves are facing a battle for the defensive midfielder- whose contract runs out in June 2021.

According to another report from CalcioMercato, high profile agent Jorge Mendes is looking to bring Diawara to Molineux, with the 'super agent' behind a number of Wolves signings over the past year, including Ruben Neves, Joao Moutinho and Rui Patricio. While AC Milan have also been linked, the report claims that the Napoli ace's 'preferred' destination is the Premier League, with his heart set on leaving Naples.

Meanwhile, ​Spurs lack of transfer recruitment in recent windows combined with struggles in the Champions League, could tempt owner Daniel Levy into the market to help Pochettino's team.