Young has just eight months left on his United contract and the club was rumoured to have opened talks with the 33-year-old converted winger earlier this week. 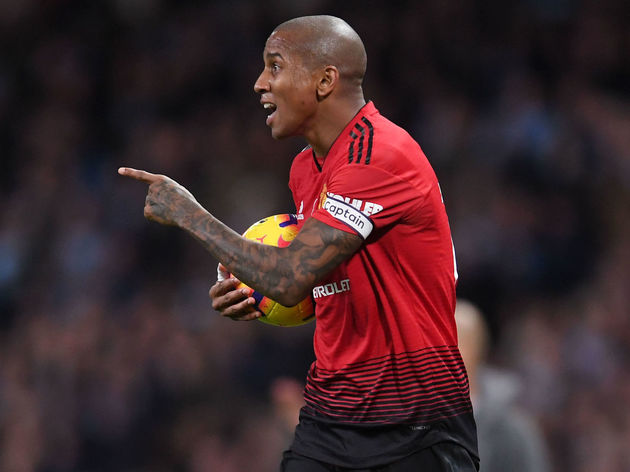 But, according to The Sun, Young has caught the attention of Roma. As things stand, he could sign a pre-contract with any foreign club in January to secure a free transfer in the summer.

However, the tabloid report suggests Roma are actually preparing to put forward a 'cash offer' when the winter transfer window opens to take him there and then. There is no mention of the amount, but given Young's contract situation and age it would likely be a nominal fee.

Signing a veteran English full-back wouldn't be a first for Roma after they handed a contract to Ashley Cole following his departure from Chelsea in 2014.

Elsewhere, the Birmingham Mail has suggested that Wolves could revive their previous interest in Rojo, with the midlands newspaper claiming that the Argentine 'will be made available for transfer in the next window'.

Wolves were apparently looking at Rojo in summer following their promotion, only for the versatile 28-year-old, who can play as a centre-back or left-back, to show reluctance at joining at 'minor club'. That minor club is now above United in the Premier League table.

Rojo has just 54 minutes of Under-23 action to his name so far this season as a result of an injury sustained while in action for Argentina at the World Cup. He was also forced to miss much of last season after suffering a serious knee injury in April 2017. Smalling, meanwhile, ​has been linked with Everton. The 28-year-old has started all of United's 10 Premier League games and has been an ever present in the Champions League. He is out of contract in the summer but the club retains the option to extend his current deal by another year.