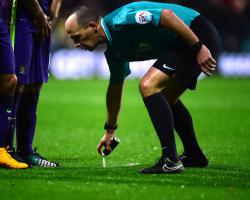 Wolverhampton 0-3 Nottm Forest: Match Report - view commentary, squad, and statistics of the game as it happened.Forest see off WolvesNottingham Forest striker Britt Assombalonga repaid another slice of his B#5.5m transfer fee as his 11th goal of the season helped to send Wolves crashing to a 3-0 Sky Bet Championship defeat at Molineux.Assombalonga finally ended the resistance of Wolves goalkeeper Carl Ikeme in the 65th minute as he continued his impressive run of form following his summer switch from Peterborough United.Ikeme had kept Forest at bay up to that point but there was nothing he could do to stop Assombalonga scoring from close range.Matty Fryatt then doubled Forest's advantage three minutes later before Henri Lansbury grabbed a deserved goal after 83 minutes.Following a run of nine Championship games without a win, Forest's promotion hopes are back on course having secured back to back wins after ending their dismal sequence of results in their previous game when they beat Norwich City.It is now Wolves who are badly in need of a reversal in their fortunes, after crashing to a third successive defeat - conceding eight goals in the last two games in the process.The margin of their latest setback would have been even greater but for Ikeme as Forest boss Stuart Pearce got the bragging rights over Wolves manager Kenny Jackett - his one time Sunday League team-mate back in days when they were playing youth football in Hertfordshire.Ikeme set the tone for his impressive display when he saved a fierce first-minute drive from Michail Antonio.Wolves had a flurry after that early let-off with Danny Graham, who was making his debut after arriving on-loan from Sunderland, seeing his close-range shot collected by Forest goalkeeper Karl Darlow before James Henry lashed the ball wide from 20 yards.But Forest endured greater frustration in front of goal when a combination of Ikeme and the post prevented then breaking the deadlock in the 26th minute.Lansbury, who had been booked moments earlier for a crude challenge on Kevin McDonald, let fly from 25 yards only to see Ikeme's outstretched left hand push the ball on to the post.Jamaal Lascelles had a chance to capitalise on the rebound but was let down by his finishing when he failed to hit the target when well placed.Barely 60 seconds had passed before Ikeme again came to Wolves' rescue

This time he dived low to turn away a cross shot from the lively Fryatt.Forest were finding Ikeme something of an impenetrable obstruction as he continued his heroics at the start of the second-half.Danny Fox's 48th-minute free-kick looked set to sneak in at the near post before Ikeme collected it.Then Lansbury was presented with an excellent chance after a mazy run by Chris Burke only to fire weakly at Ikeme from 12 yards in the 53rd minute.However there was nothing that Ikeme could do when Assombalonga pounced to break the deadlock by steering the ball home from close range after Fryatt had worked his way into the left-hand side of the area and cut the ball back across the face of goal.Fryatt then put the result beyond doubt when he met Lansbury's corner with the deftest of headers that saw the ball drop just inside the far post.Lansbury fittingly gained the perfect reward for his non-stop display - beating Ikeme from the edge of the area after being teed up by Antonio