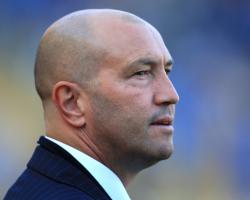 The 56-year-old will formally start work at Molineux on Monday after agreeing to replace Jackett, who was sacked on Friday night just four days after receiving assurances about his future by the club's new owners

Zenga, a former Inter Milan player, brings a wealth of experience to the hotseat following time in charge of clubs such as Steaua Bucharest, Red Star Belgrade, Catania, Palermo and Sampdoria.

"He has an excellent track record both as a player and as a coach, and a wealth of experience he can bring to his new role at Wolves.

"Walter is a hugely passionate personality who lives for football and is fiercely determined to succeed in everything that he does.

"We are looking forward to working with him, and supporting him in the shared aim of trying to help Wolves achieve promotion back to the Premier League."

After Jackett's exit, Shi said: ''I would like to sincerely thank Kenny for everything he's done for Wolves over the last three years

I would like to wish him all the very best for the future.''