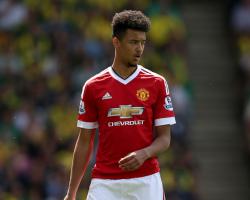 The pair have signed for the season as boss Walter Zenga continues to raid Benfica having already brought in Helder Costa and Joao Teixeira on loan from the Portuguese club.

The 19-year-old Borthwick-Jackson has made 14 appearances for United, all coming last season under Louis van Gaal, having made his debut last November

John, 24, has one cap for Holland having started his career at Twente and was on loan at Reading last season, playing 33 times and scoring four goals

The pair could feature for Wolves in their EFL Cup game against Cambridge on Tuesday.