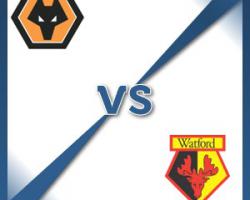 Wolverhampton V Watford - view commentary, squad, and statistics of the game live.Same again for WolvesWolves expect to name an unchanged squad for their crunch promotion clash with Watford

Kenny Jackett's side are eight points behind Watford and four points adrift of the top six.Carl Ikeme and Tommy Rowe are out with broken metatarsal but are edging closer to returns.Club captain Sam Ricketts is available but has struggled to break his way into the squad and is helping Jackett with coaching.Watford will hand fitness checks to Joel Ekstrand and Odion Ighalo,Defender Ekstrand, who recently recovered from a long-term back problem, missed Tuesday night's 1-0 win over Fulham due to a hamstring injury.In-form striker Ighalo, who has hit 14 goals in his last 11 Championship matches, came on as a substitute against the Cottagers but he also has a hamstring problem.Midfielder Sean Murray misses out again for the third-placed Hornets as he continues to recover from a knee operation