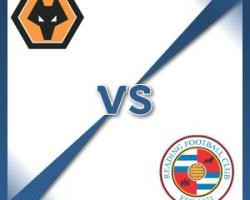 Wolverhampton V Reading - view commentary, squad, and statistics of the game live.Ikeme out for WolvesWolves goalkeeper Carl Ikeme has been ruled out of the home game against Reading.Ikeme, who has been an ever-present in the Sky Bet Championship this season, will be sidelined for up to two months with a broken foot.suffered in training this week

Tommy Rowe remains sidelined with the broken foot he suffered in January.Yakubu is in contention to make his Reading debut after his surprise deadline-day arrival.Boss Steve Clarke snapped up the former Everton and Portsmouth striker on a free transfer and he is likely to start on the bench.Clarke could also add midfielder Hope Akpan to his squad for the first time since November after he recovered from a shoulder injury.Danny Guthrie is close to returning to training following a groin strain but he will not be available at the weekend while defenders Anton Ferdinand (calf) and Chris Gunter (ankle) remain on the sidelines