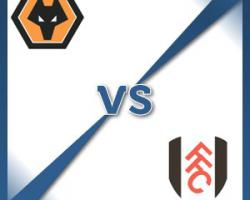 Wolverhampton V Fulham - view commentary, squad, and statistics of the game live.Wolves set to be unchangedWolves could be unchanged for the visit of Fulham with no fresh injury worries at Molineux

Carl Ikeme and Tommy Rowe are out with broken metatarsals but are the only absentees for Jackett.Wolves are eighth in the Sky Bet Championship, five points adrift of the top six after Saturday's 5-0 win over Rotherham

Tim Hoogland could be added to the Fulham squad.The German defender has had three run-outs for the club's Under-21s since recovering from a hernia problem and is in contention.Fellow full-back Fernando Amorebieta is also close to fitness after a knee injury but the trip to Molineux is likely to come too soon for him.Forward Bryan Ruiz could return to the starting line-up having appeared as a second-half substitute during the goalless draw at Millwall on Saturday after recovering from illness