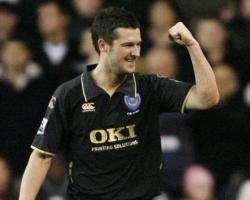 Wolves will check on Jack Price ahead of Bristol City's visit to Molineux.


The midfielder returned to training this week having been sidelined with a knee injury since the end of December.


Defender Ethan Ebanks-Landell (ankle) completed 90 minutes for the Under-21s on Monday night and could be named in Kenny Jackett's squad for the first time since January 1 while Matt Doherty played an hour in the same game as he steps up his recovery from a hamstring injury but he is not expected to feature against City.


Aaron McCarey is over his back problem but fellow goalkeeper Carl Ikeme's broken hand will keep him in the treatment room for a further two weeks.


Bristol City have no fresh injury worries as they look for their first win at Wolves since 1931.


Steve Cotterill's men, looking to end a run of 11 matches without a win at Molineux, are unbeaten in five games and are looking to build on their 2-2 draw with MK Dons last weekend.


Sam Baldock grabbed a double in that thrilling clash and he looks likely to keep his place upfront and Adam El-Abd will retain his place having made his debut in that Ashton Gate draw.


City have accumulated nine points from a possible 15 to improve their chances of escaping the bottom four.