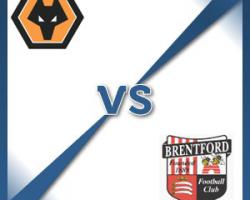 Wolverhampton V Brentford - view commentary, squad, and statistics of the game live.Doherty back for WolvesMatt Doherty will be available again for Wolves after serving a three-match suspension

The 22-year-old was shown a straight red card in Wolves' loss against Bournemouth on December 6 and he could feature for Kenny Jackett's side, who are playing their second match in 48 hours

Manager Jackett admits he has been impressed by the Bees' progress in the past couple of seasons and told the club's website: "Momentum is a big thing in football - it can work that way - and if you make the right decisions you can build on success."Everybody in football knows that they are fast improving and have worked hard at trying to get better in every department and every area."Sam Saunders could push for his first start of the season when Brentford travel to the Midlands after bagging a brace in Friday's 4-2 home loss to Ipswich.The 31-year-old was making just his second substitute appearance of the campaign against the Tractor Boys following a knee injury which had sidelined him for much of the year.Midfielder Jonathan Douglas shrugged off a calf strain to play in that match after previously coming off at half-time in the 3-2 win at Cardiff.Alan McCormack and Scott Hogan remain sidelined due to ankle and knee injuries respectively