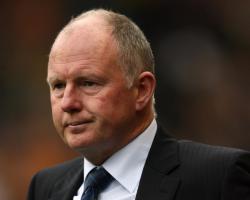 The Molineux chief would give the green light for an offer closer to ÃÂ£40million plus an agreement for significant investment into the club to improve and maintain Wolves and protect his legacy, Press Association Sport understands

The process is ongoing and it is understood Wolves are in talks with several interested parties.

Morgan put the Sky Bet Championship club on the market and stood down from his role as chairman with immediate effect in September.

Chief executive Jez Moxey confirmed there were numerous factors for Morgan's decision, including the 63-year-old reassessing his commitments following his divorce and meeting a new partner

He had also come under fire from fans this season but Moxey insisted the sale was a culmination of factors.

He opened the club's new ÃÂ£7million academy last November and gave the go-ahead to a ÃÂ£40million redevelopment of Molineux in 2011.

Relegation from the Barclays Premier League in 2012 halted the plans with the club only building one new stand for around ÃÂ£16million.

Morgan bought the club from Sir Jack Hayward for ÃÂ£10 in 2007 with the promise to pump ÃÂ£30million into Wolves.

He bankrolled them back to the Premier League in 2009 but saw the club tumble into Sky Bet League One after successive relegations in 2012 and 2013.

Wolves, managed by Kenny Jackett, are 15th in the Championship following Saturday's 0-0 draw with MK Dons, seven points adrift of the play-offs.

When contacted by Press Association Sport Wolves declined to comment.