The two newly promoted sides will do battle on Sunday afternoon at Molineux, as the visitors look to go three games unbeaten for the first time this season. 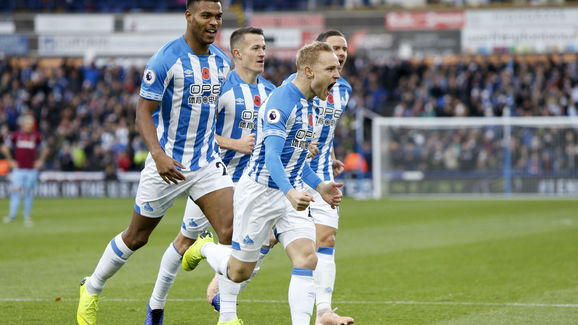 ​In his weekly predictions column for ​Sky Sports, Merson has predicted a 3-0 win for the home side, who put in an admirable performance at the Emirates last time out.

"I thought Wolves were outstanding at Arsenal, they took the game to them and embarrassed them at times.

"I expect Wolves to win this as I just do not see how Huddersfield are going to get near them in the passing stakes. The pressure over the game will be too much for them and Wolves will come out winners.

"And Huddersfield are really not a keep-the-ball team, they like to get it forward and I just think it will be wave after wave of Wolves attacks, so I'm going to go for 3-0 to Wolves."

梨 Watch David Wagner's full press conference as the #htafc Head Coach looks ahead to Sunday's game with @Wolves, gives an update on the latest team news and discusses the international break.

Despite impressive performances against both Tottenham and Arsenal, ​Wolves find themselves without a win in four games and will look to amend that on Sunday. A win for Wolves could see them move into the top half of the table if results elsewhere also go their way.

But, if Merson is proved wrong and the Terriers can come out victorious, they could move as high as 14th after going into this game with just one Premier League win to their name.