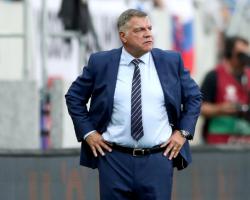 The 62-year-old is not looking to return to management until the New Year after his shock exit from the Football Association last month, Press Association Sport understands

Allardyce lasted just 67 days as Three Lions manager as he left after a Daily Telegraph investigation into corruption having managed just one game, September's last-minute 1-0 win in Slovakia

The Telegraph released secretly-filmed footage of him making controversial remarks about a variety of subjects, including side work and circumventing Football Association regulations

The FA's internal investigation into Allardyce's alleged conduct is on-going but does not prevent him from working, should a job arise

While Wolves would be keen on Allardyce, Press Association Sport understands the club recognises it would be a long shot to tempt the former Sunderland and West Ham manager to Molineux

Wolves are looking to replace Walter Zenga after sacking the former Italy international, who managed just 87 days in charge at Molineux, on Tuesday

Nigel Pearson has been interviewed and Paul Lambert is among several contenders while Wolves have spoken to others in their search for a third manager since July.

Experience in the Sky Bet Championship is key in the hunt with Zenga having flopped after his surprise arrival.

He was appointed by new owners Fosun, less than 12 hours after Kenny Jackett left, at the end of July and won just six of his 17 games

Wolves have lost four of their last five matches and are 18th in the Sky Bet Championship.